Mel and Irene Zajac founded The Mel Jr. & Marty Zajac Foundation as a living legacy in memory of their two sons Mel Jr. and Marty Zajac, who lost their lives within eight months of each other in separate sporting accidents.

For over 30 years, Mel and Irene Zajac raised funds for the children of British Columbia through the proceeds of the Zajac Golf Classic and private donations from friends and family members. Daughters Corinne, Carmen and Karen have been their biggest supporters and are dedicated to ensuring the perpetuity of the Foundation. 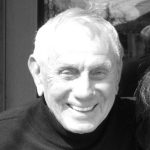 ill actively involved and serves as the Chairman of the Foundation Board. One of the Foundation’s projects is Zajac Ranch for Children. Established in 2004 and set on the beautiful shores of Stave Lake in Mission, B.C., Zajac Ranch for Children offers kids with chronic and serious illnesses and disabilities to enjoy the experience of summer camp. These children – many for the first time in their lives – get to ride horses, learn to climb ropes, kayak, swim, learn archery and participate in many more fun activities! 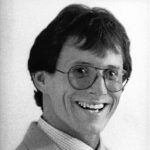 Mel Jr. loved to do everything. With a quiet and yet competitive nature Mel Jr. wanted to be the best at whatever he did. This thoughtful, determined young man was also a character and practical joker to those that knew him and loved him.

Mel Jr.’s accomplishments were many: he was a member of Canada’s National swim team and earned the National Championship title for the 200 metre breaststroke. In 1973, he competed in the World Aquatic Games and was a three-time gold medalist in the Canada Games. Two years later he competed in the Pan Am Games in Mexico City, and then in 1976 at the Olympics in Montreal.

Mel Jr. studied at the University of Florida and Arizona State University on an athletic and academic scholarship. In the spirit of trying almost anything, he enjoyed cycling, running, river rafting, kayaking, skydiving, hang-gliding, and even earned his commercial pilot’s license. Not one to be outdone and knowing his father’s love of golf, Mel Jr. decided, “Hey, I can do that.” And naturally — he did! 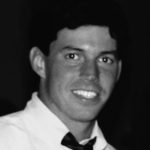 Handsome, outgoing, and fun-loving Marty shared his brother’s zest for life but with an emphasis on people. Marty managed to pursue just as many of his own worthwhile activities. This well liked and friendly young man became involved in community affairs, and devoted much of his free time to the support of causes involving children, especially those in underprivileged circumstances.

Like his brother, Mel Jr., Marty also attended Arizona State University on an academic scholarship. He became an avid skier and golfer, and participated in many of the same sports activities as his brother. He especially enjoyed skiing with his family, more often than not leaving his dad and sisters struggling to keep up. Melting snow never stopped Marty. He would simply trade the skis for a set of golf clubs, again giving Dad a “run for his money.” Everywhere Marty went he was a favourite — full of fun and a desire to live life to the fullest. 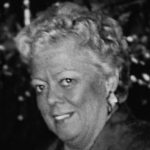 Irene Zajac was one of a kind, a person who loved to give of herself and loved to be called upon. She was dedicated to helping others. She was a wonderful partner, friend, mother, grandmother and storyteller, with a great sense of humour. She exuded an inner warmth, strength and personality that was infectious. She had a youthful exuberance, which people picked up on immediately and she made many long lasting friendships.

For Irene, life brought lots of fun, laughter and enjoyment, but it also came with its share of pain and sorrow. Family was her joy, but it also brought some heartache, none greater than when in 1986 and 1987 she tragically lost her two sons in sporting accidents. What pain could be deeper for any parent than to lose their children? The pain was unbearable, but Irene’s inner strength, character and courage helped her move forward. Through it all she still smiled kept her sense of humour and inspired the rest of her family and friends that they too, could move forward.

Because of Irene’s love of giving and need to be called upon, she and Mel Sr. created the Mel Jr. & Marty Zajac Foundation to keep the memory of their two sons alive, while benefiting people who needed their help. Irene worked tirelessly with the Foundation organizing golf tournaments (while knowing little about golf), volunteering at Saturday Bingo in smoky rooms (when she herself did not smoke), opening the office every morning and calling on friends and relatives for their support. She was once again committed to helping others. Each year she selected the two Mel Jr. & Marty Zajac scholarship winners at the Arizona State University (the boy’s alma mater). What she truly enjoyed were the letters from former recipients telling her how much the Foundation had helped them. Irene didn’t have to work every day at the Foundation. She wanted to.

Irene was always a part of everything but did not want the spotlight. She never wanted people to make a fuss over her, although she loved to make a fuss over them. She was a people person, a catalyst who brought people together. Irene had the knack of making new acquaintances feel like old friends. She was “God’s Helping Hand,” a person who was there for others, and who cared for others. Irene would want us to remember the good times, the fun times, the get-togethers and the good conversations. Above all, Irene would want us to be kind to each other, to take good care of each other, to help and love each other, as she did us. Irene was a very special person who affected all who knew her in some special way.